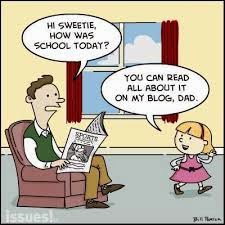 1. C4K #5
This post is from Paige S. From Mrs. Lombard's English Class in Oklahoma. She read a book called Percy Jackson: The Lightning Thief By Rick Riordan. The setting is in New York. It has three main characters plus a few more characters who are not main characters. Percy Jackson is the son of a god and a human (as known as a half-blood or demi-god). Percy gets kicked out of every boarding school he attends. When he gets to a school called Yancy Academy, he is attacked a lot by monsters and people in Greek Mythology and he does not know why. When he goes to camp half-blood, he finds out everything. It seems that the God named Zeus' master bolt has been stolen from him and Percy has been accused of it. After Percy learns of this information, He and his friends go on a quest around the United States to find Zeus's bolt.

MY COMMENT:
"Hey Paige! I am Tyeshay (Ty-e-shay) B. from the University of South Alabama.

Wow! this book sounds interesting to read. I am a fan of Greek Mythology that is why it sounds so interesting. Have you researched the history of these gods? If you have not, then I recommend that you do because it would make the fictional story more interesting to read!

I compliment you on your book review. It is well written and informative. Keep up the Good work!"


2. C4K #6
This post is also by Paige S. of Mrs. Lombard's Class in Oklahoma. She writes a short post about her Christmas break. She traveled to the Southwestern part of the United States. She visited New Mexico, Arizona, California, and Las Vegas, Nevada. She visited Disney Land and she saw the Meteor Crater in Arizona.

MY COMMENT:
"Hey Paige!  I am from the University of South Alabama's EDM 310 Class.

I wish I went with you on your trip to the South west of the U.S. It sounds like you had a lot of fun. I wish you wrote more about it (sad face), especially about disneyland. Is it different from DISNEY WORLD? Also, did you know that the crater is over 10,000 years old? Amazing!


3. C4K #7
This post was written by Sean J. of Mrs. Lombard's English Class in Oklahoma. He writes about the story of Jonah in the bible. Jonah was angry at God, so he choose to run away from Tarshish. Jonah wanted God to take his life away, but God refused. One day, God made Jonah a plant for shade outside the city of Ninevah. When the plant died, Jonah was sad. God asked Jonah was he sad about the plant, but not the people of Ninevah. After that Jonah understood what God was saying and helped the people of Ninevah before the city was destroyed.
Sean says that the moral of the story is that we should care about other people not just ourselves.

My name is Ty-e-shay B from the University of South Alabama's EDM 310 Class. I enjoyed reading your post about Jonah. I believe that it has a great message in it and I think that you should try to remember it for the rest of your life because people will appreciate you when you love them as well as yourself.