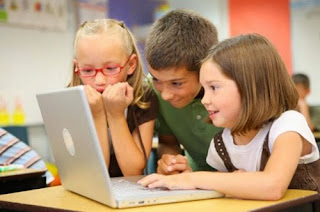 1. C4K#1
This post is from Cassidy P. from Mr. Boylen's class. In this post she did a report on Jennifer Lawrence (also known as JLaw). Lawrence is an actress who stars in the infamous movie called Hunger Games. She is 24 years old and she has a birthday in August. Her Zodiac sign is a Leo. She is involved in many charities such as World Food Programme, Feed America, The Thirst Project. Cassidy believes that she is a great role model.

My Comment:
"I enjoyed reading your post about Jennifer Lawrence. I learned so much about her while reading your post. I remember her from the movie Hunger Games, but I did not know that she played in 19 major movies so far! I love the story of how she was discovered. If I was JLaw, I would think it is weird for a random person to ask for my picture and my mom's phone number. How do you feel about that? Do you have an interest in acting? If so, I believe she will be a good role model for you because she acts very well. Thank you for the information about her. I love to hear about young and successful adults."

My Comment:
" Hi Michael! The food on this post look very good, especially the chocolate cake! I think that American love dessert because we will eat it at anytime of the day! LOL. But I have a question, what was the purpose of this post? Was this post meant for foreign students to read?"

This post is by Sierra S. from Mrs. Lombard’s English class in Oklahoma. Sierra writes about a book called Counting By Sevens by Holly Goldberg Sloan. It is about a girl named Williow Chance. Chance is in the 7th grade and she becomes friends with a Vietnamese girl name Mai. After Williow and Mai go out for ice cream, Williow finds out that her parents died in a car accident and Mai’s family takes her in. Overall this story is about overcoming obstacles like hurt, depression, anxiety and love. Based on Sierra’s book review, this is a good read and has a great message.

My Comment:
"Hi Sierra! My name is Tyeshay B. from the University of South Alabama's EDM 310 class. I enjoyed reading your post. It was very interesting to read and well written. Based on your book review, I would recommend this book for anybody. The world need books like this because there is so much hurt and depression in the world and people can benefit from a story like Willow's story. Thank you so much for sharing!"
P.S. watch your spelling... it is VIETNAMESE not Vitnamese. :-)

4. C4K #4
This post is from Alivia C from Mrs. Lombard’s Class in Oklahoma. In this post she writes a very short overview about the sitcom called Pretty Little Liars. In this episode, five girls get put into jail for the murder of their friend named Mona. In the process of going to jail, they are kidnapped by their stalker named “A” and placed in a doll house. Alivia believes that the hidden character named "A" is the boyfriend of Aria named Andrew.

My Comment:
"Hi Alivia! My name is Tyeshay B from the University of South Alabama's EDM 310 Class. I enjoyed reading your post about the PRETTY LITTLE LIARS sitcom. I have seen the first season of the show and it is interest but tedious. I feel like they keep the character name A hidden so that people can keep watching. I feel that they should give viewers more reasons to watch the show. But anyway, "A" could be Andrew. Who knows, he could be working for the police and he could be only dating Aria in order to find out her secrets."
Posted by Tyeshay Biggs EDM310 BLOG at 11:37 AM